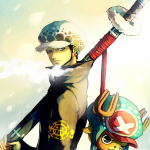 Hi, welcome to Warrior Cats Roleplay Wiki! Thanks for your edit to the User:Birdpaw page.

Obviously you don't know the details behind me being banned there either. Look at Phoenix's talk page. I think the story is still there. WildStorm23 20:29, June 8, 2011 (UTC)WildStorm23

Hey, Bird. Just saying, you haven't roleplayed in a long time. The only thing you've done is blog comments. I'm not saying you have to, it's just a suggestion, because all the cats you left behind (Phoenixwing, Skyheart, Waterpaw, Eaglepaw, etc.) are still there, but Birdheart is the only one who died. She was KIA during a battle with FireClan. :( Icefeather reads minds! O_O 22:15, June 18, 2011 (UTC)

Eh, me too. Richtofen-kitteh is also jibberish and talkative, but he's less disturbing than Human-Game-Richtofen. I like mah kitteh-Richtofen better, though. He gets all the other cats into loads of trouble constantly, and he and Dempsey often quarrel. Samantha is ticked off and her made-up sister, Maria, is all happy-as-can be. I changed it to Richtofen being Samantha's father. Maxis died by Fluffy (kitty-ized) and Sophia exiled Richtofen from Der Riese, but was mauled by zombies as well. lol. Icefeather reads minds! O_O 22:22, June 18, 2011 (UTC)

Fixed it lol. Hang on a second, Kitty-Richtofen and Kitty-Dempsey are quarreling again. "HEY, YOU TWO! STOP FIGHTING OR I'M THROWING YOU BOTH INTO SEPERATE CAGES!!" Sorry about that. Have you sene Richtofen's page? I think it's epical. I even made a poster for his kitteh-self which has 115 dripping down the middle of it. Icefeather reads minds! O_O 22:32, June 18, 2011 (UTC)

Look up Edward Richtofen on DeviantArt. Some of these photos are awesome, and some made me ROFL. Icefeather reads minds! O_O 22:47, June 18, 2011 (UTC)

Like there's a comic one made where Nikolai realises his vodka's gone, and turns out Dempsey drank it and now is drunk, and he grabs Richtofen by the shirt and says, "Kiss me Edward." Another had A picture of Richtofen and underneath it it said, "The Real Team Edward!" I thought it was hilarious because I like the Twilight Saga, but I'm not dumb enough to be all over that stupid "Team Edward & Jacob" crap people are obsessed over. Icefeather reads minds! O_O 22:49, June 18, 2011 (UTC)

Join a clan nobody cares about the loners of the forest.

My dad overlooked this little detail; I have my iPod. I can't go on IRC with it, but I can still use the wiki. It's slow though, and uber annoying! But still, I'll take what I can get. Neko-Mimi-chanWatashi wa Neko Neko-chan-san-tan-desu-nya! 01:11, July 19, 2011 (UTC)

I know I'm a pain, admit it. First, I was curious, so which episode 12? Season 1 or 2? Second, a lot of RM fans want a third season, but, since one wasn't made, it has been left to the fans to make their own. I have made one, but it's pretty crappy. You don't want to read mine. So I'd suggest my friend's version, Märchen. It is amazing. She's taking a break right now, but she's nearly finished it anyway. She's keeping to the 12 episode limit, and she's doing the episodes in segments, so that's why it's so long. Just wanted to let you know. :3

...I actually can't remember. XD Oh, and, you can easily find Märchen in Angel-chan's favourites (My FF account) or in the Rozen Maiden FanFiction Archives. Amazing story. Be warned though, it has Yuri and Twincest. But it's but a minor bump. It also contains Kirakishou. And she is creepy!! Neko-Mimi-chanWatashi wa Neko Neko-chan-san-tan-desu-nya! 22:20, July 22, 2011 (UTC)

Sorry on IRC! My computer's connection went off and I couldn't fix it D:

But here's the Fluss animation. I had to redo it because the other one is erased on it by accident; so it's not as detailed. Sorry :(

If there is another request you have tell me now so I can make a better one for you :D

When I get back to my house. In about 15 minutes~ Vega; Beauty is absoulute.

Hi Birdpaw! It's nice to meet you! Knowing that kinda stuff can come in handy when you join new wikis!!

Thanks for explaining about the Clans, but I don't think I'll make one just yet.

And this wiki does have a lot of Clans, how do you keep track?

Also, I'm on the live chat thing if you want to come on?

I need 5 admin approvals to make BleachClan. I got 2/5 from Phoinex and Wild, but I need more. Please approve BleachClan.

Put it under here :P I am organizing my talk page, anything else can be put above

Hey Bird, I've been in a chat with you before. I was wondering if I could have your permission to create HillClan?

Hey there Bird, I was wondering if you could give me permission to create HillClan? You would be my last chance because I need one more and the other admins (other than the 4 that I asked) said they won't be getting on for a while. I got a yes from Dovesong, Hollyleaf, Elorisa, Phoenix. Thx!

Hey Birdpaw. Since you are a major zombies fan, I found a wiki that allows you to add to the zombies universe! It's called the Nazi Zombies Plus Wiki. I reccommend that you join it, it would help our wiki recover from a terrible conflict that occurred not to long before I joined. Blackstar27 Beware 02:47, December 28, 2011 (UTC)

Hey you can keep it :) I might just leave anyway because life is easier without the drama of this website, but thanks for the welcome Aspen(Talk) 23:08, January 15, 2012 (UTC)

I created a clan yesterday and I edited it today, but when I came back later, it was deleted. I don't know why my clan was deleted and I was wondering if I could get it back. The clan was NettleClan.

Hey, someone from your wiki wanted to talk to me a few days ago. I don't know whether it was you, or someone else, but you seemed to be mostly reasonable during our limited interaction a few months ago. If you could direct me to whoever tried to contact me, or direct this person to me, I'd be most grateful. Thanks,

Hey that's fine, I was just sorta reaching out in the hopes that I get something. If you could ask around a little, I'd be greatly appreciatve. Thanks a bunch,

Well, they are generally nice people and easy to become friends with, however, some of them are not so easy and cause problems. I'll explain more about that on the wiki. Anyways, it is easy to make friends on the wiki though. DeadRaiser Beware 13:05, February 4, 2012 (UTC)

Aha, welcome to NZP Wiki. Don't worry, I just joined, too. I don't like everyone there either, I don't know them well enough. Well, I don't like one user in particular, Doctor115, who annoys me. He said something rude the day I joined the wiki, and then he expects me to be his friend without apologizing. People these days, Y' know?

Anyways, my Fanfiction is called Dead Redemption. It's about Richtofen *And his diary XD* Before the main storyline progressed.

Can I have your approval to make a new clan, DreamClan?

Hi Bird, Could I have your approval on making Rainbowclan?

I was the only one besides oak to have rights, and, as far as I know, no-one but me ever used it. and I've sent he messages about other, WOFW related things and she's never answered. Blueberry Kisses I told you baby, I'd love you maybe 23:18, April 2, 2012 (UTC)

Well, if it makes her mad, I'm sorry, but all I said was my saspicissions what happened and asked her to give it back. Blueberry Kisses I told you baby, I'd love you maybe 23:32, April 2, 2012 (UTC)

Accually, as you should have seen, Chanserv wasn't there. It has been since I had my flags taken away. I can prove it Blueberry Kisses I told you baby, I'd love you maybe 23:38, April 2, 2012 (UTC)

If Viever replied to me on WOFW then I would have done it there, but she doesn't, and I needed to talk to her, so this was my only choice where she wasn't blocked. Blueberry Kisses I told you baby, I'd love you maybe 23:44, April 2, 2012 (UTC)

Something useful please. When do you think I'll be ready?

Can I have your approval to make DreamClan?

Thank you for your warm welcoming on my talk page :)

Sorry if I'm a little annoying but I'm new to this and still need to learn the ropes. Thanks for your help :)

As the title says! Thanks! - LunaClipse339

do i have to create a character or do i RP one that is already here? -LunaClipse339

Is it ok if the character is in MossClan? I'm doing the page right now and can she be Mistshine's kit? I guess I needed a mother so, just asking.

Hi Bird :) I was just wondering if I could get your approval to make WillowClan. Thank you. Cottonfur "Remember, Fireheart. Water can quench Fire." -Spottedleaf 20:22, June 25, 2012 (UTC)

Okay! Will Heatherlight figure out the kits are Onefang's? And If she does, what will she think of it? Cinderstar "Saving the clan on your own?" "Yeah, what have you been doing?" -Crookedstar's Promise 17:53, July 9, 2012 (UTC)

Bird, Bloody sent me an email.

Hi! I was wondering if you would give me permission to make Jadeclan!! :D You can join when it is made, thank you!

Why'd you take credit for finding out that Aspen was the vandal? I was the one who figured it out, did all the research and coding to get her IP yet you took all the claim.

Why would you do that? I worked my butt off to get a match for Arti.

You don't think it makes me feel bad to see everyone else cheering on YOU, for just announcing it, when I did everything to help out? That's like me stealing your fanfic and claiming it as mine! I worked my ass off to help and your blog doesn't even mention my name. Do I care if they scorn me or not? No, I don't.

I hope you're happy now Bird.

Thank you for stealing.

Who do you want her to mentor? (BirchClan)

I want ot join as kit.

I have made up a name, Sky Where Birds Fly (Sky)

I have an unknown mother, and please can I join?

Thank you for writing back.

Approval for a Clan?

Hello Bird, I have been asking Admins like you if I could make a Clan on this wikipedia site. I would love it if I had your approval! :D Thanks for reading! Troutjaw~ (talk) 21:26, November 30, 2013 (UTC)

Hi, I'm new here, but I was wondering do you think Character bubble/boxes are a good idea for this wikia? I think they offer a pretty neat way of RPing, while still remembering who's post it is & how to message them for an RP request. c: I have a beta page up if you'd like to check it out.

I was looking forward to contributing to the the wikia since I found it, because I am so excited about it. c:

It's only a suggestion, & if you or anyone else doesn't like it, no problem! I can delete/bury the pages tied to this! Thanks for listening! c:

Bird are you still working on Avatar clan or can I delate it?

Bird what do you think

So anyway This is for WW And Me and Cotton would like you know what you think.

Lol I don't know, either, I guess you can decide now if you want XD

Happy Birthday Bird~! I hope it was wonderful!

i have a roleplay on my talk page if anyone's interested

Retrieved from "https://warriorcatsrpg.fandom.com/wiki/User_talk:Birdpaw?oldid=114041"
Community content is available under CC-BY-SA unless otherwise noted.